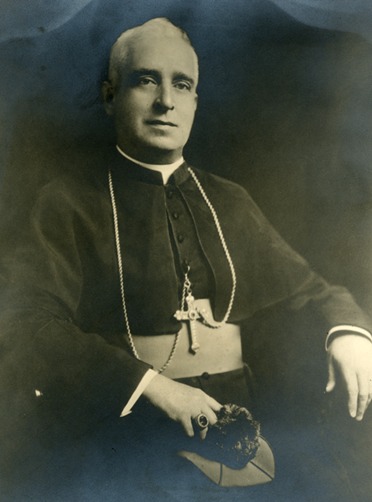 Thomas Joseph Shahan, the fourth rector of Catholic University, was the son of Irish immigrants. As such, he was a passionate advocate of Irish independence, and a fervent critic of British policy there. He was educated at the Sulpician College, Montreal from 1872 to 1878 and then the North American College, in Rome from 1878 to 1882, when he was ordained. He joined Catholic University in 1891 to teach canon law and patrology. He became rector in 1909 until 1928. An able homilist and essayist, as well as a scholar of Irish medieval history, Shahan left to posterity his own reflections upon the Irish situation, such as “The Burning of Cork”, among a treasure trove of records from outside sources, such as several issues of the  “Irish Bulletin” published during the Irish War of Independence.

← CUA and Irish Publications
Next Page: