Many items were made to commemorate the Pope’s historical visit to Catholic University. As well as banners, t-shirts, and tote bags, a commemorative gift was presented to the Publications Director for Catholic University. A framed Papal Visit logo was presented to Donna Hobson, Publications Director, by Father O’Connell. It was signed by Father O’Connell and Most Reverend Donald W. Wuerl, S.T.D. The gift was commemorating that The United States Conference of Catholic Bishops selected the papal visit logo created by Hobson to serve as the official logo commemorating Pope Benedict XVI’s April 2008 visit to the United States.

View images below relating to items created to commemorate the Pope’s visit. 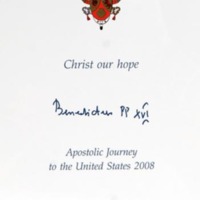 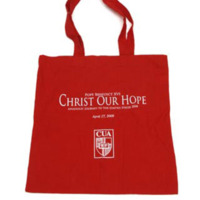 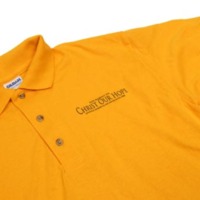 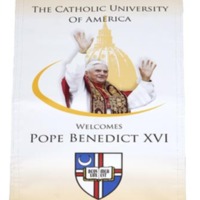 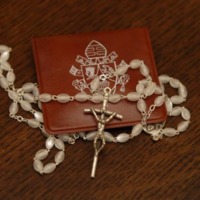 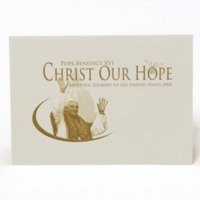 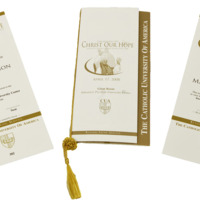 Program and passes for campus events on April 17 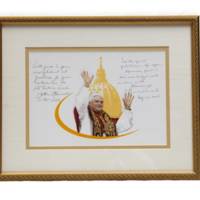