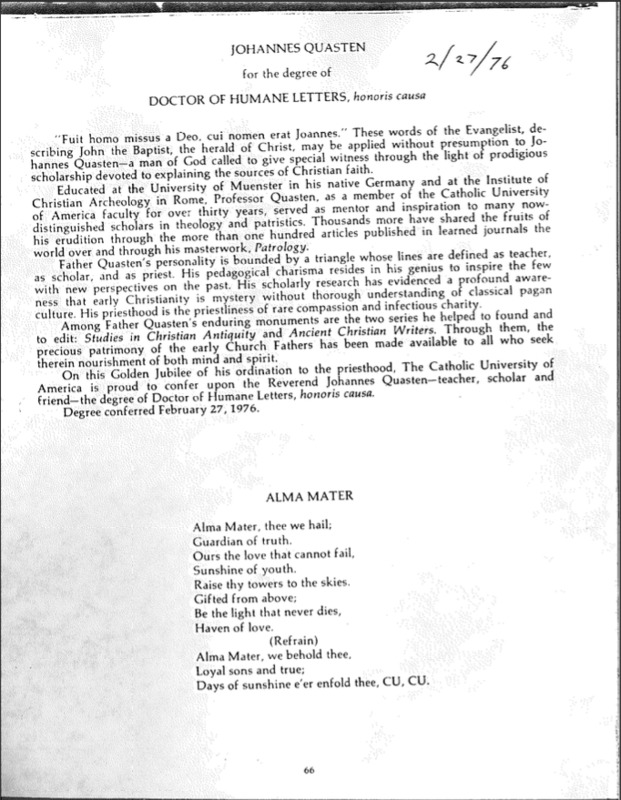 Monsignor Quasten retired in 1970 and was subsequently named Professor Emeritus. In 1976 he was granted a Doctor of Human Letters and in 1978 was elected to the American Academy of Arts and Sciences. Msgr. Quasten returned to his home country of Germany and died there on March 18, 1987, where he was buried in Freiburg. In recognition of the immense impact that the scholar and cleric had on The Catholic University of America and the wider academic community, the Johannes Quasten Medal for Excellence in Scholarship in Religious Studies was established in 1985 as a way to reward those who dedicate their lives to the study of religion.

← Writings and work outside CUA