Postscript: The Labor Hall of Fame 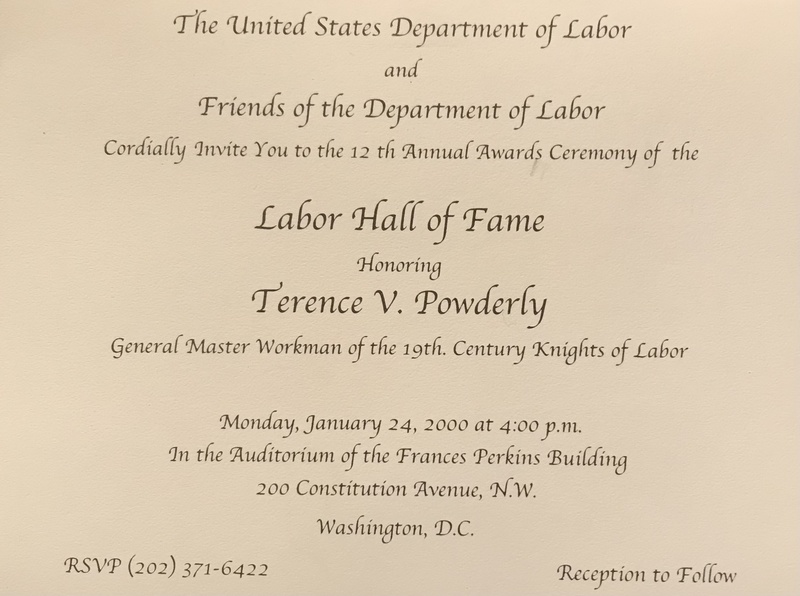 Announcement of Powderly’s induction into the Labor Hall of Fame, 2000.

In January 2000, the Department of Labor of the United States held a ceremony in Washington, D.C. to honor Powderly, the 1999 Labor Hall of Fame inductee. He joined figures such as rival Samuel Gompers, friend Mary Harris "Mother" Jones, and fellow Pennsylvanian labor leader Philip Murray. The Labor Department Report announcing the honor referred to Powderly as a “little known leader,” then went on to delineate his accomplishments. Powderly himself, if we are to believe his autobiography, would have been proud, though he might have been a little offended with the reference to his obscurity!