The Coal Breaker of the Family 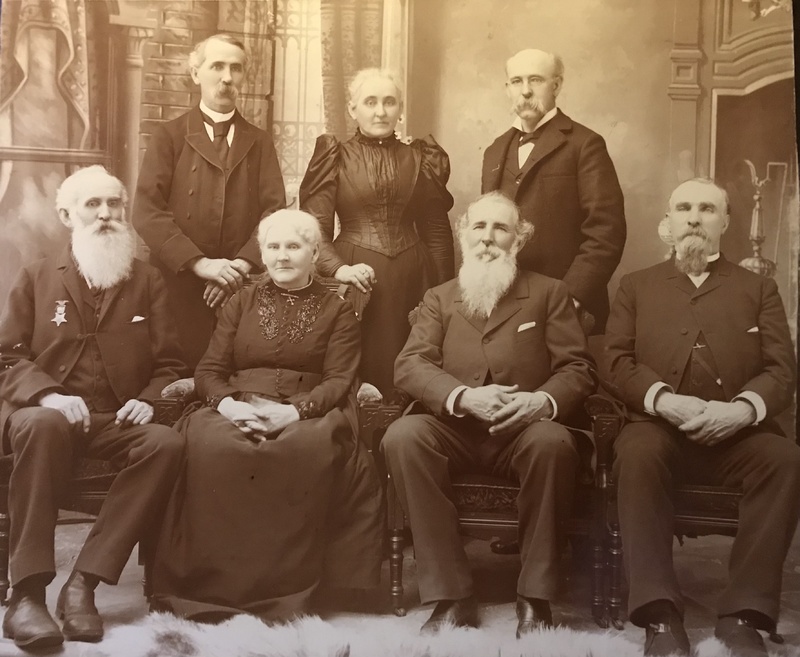 Terence was the eleventh of twelve children born to Terence, Sr. and Madge Powderly. Here he is pictured, upper right, with six of his eleven siblings in the family’s later years.

Terence Powderly's parents came to the United States from Ireland in 1827 for the same reason thousands of other Irish did: to seek the opportunity to work and raise a family outside of the oppressive circumstances of British-controlled Ireland. Terence was born in what would become Carbondale, Pennsylvania, on January 22, 1849. Anthracite coal had just been unearthed in the area, heralding the industrial growth of the Scranton region as a coal- and iron-mining center. The rail industry, a fascination for Powderly as well as a source of early employment, developed concomitantly in the area during his youth.

Powderly describes his childhood home as cold and drafty, with “no lathes, no plaster, and when the wind blew the house would rock as well as the cradle.” (The Path I Trod, 8) The eleventh of twelve children, slight in stature and inheritor of ill-fitting hand-me downs until twelve years of age, young Terence served as “the coal-breaker of the family" at a time when coal was delivered “in lumps just as it came from the mine, few of them smaller than one’s head.” (14) As a boy, he also helped his mother maintain the house, cleaning, cooking, and churning butter.

At 13, Terence went to work as a switch operator for the railroad, apprenticing as a machinist with James Dickson at age 17. “A kinder man or a better mechanic I never met; he was a strict disciplinarian and whenever he saw me indulging in anything not specified in the articles of indenture or the statute in such case made and provide, I was punished. He didn’t punish me often—my works of mischief were performed when he wasn’t looking.” (20)

A Brief But Fiery Rise →