Catholic University Before and During the War 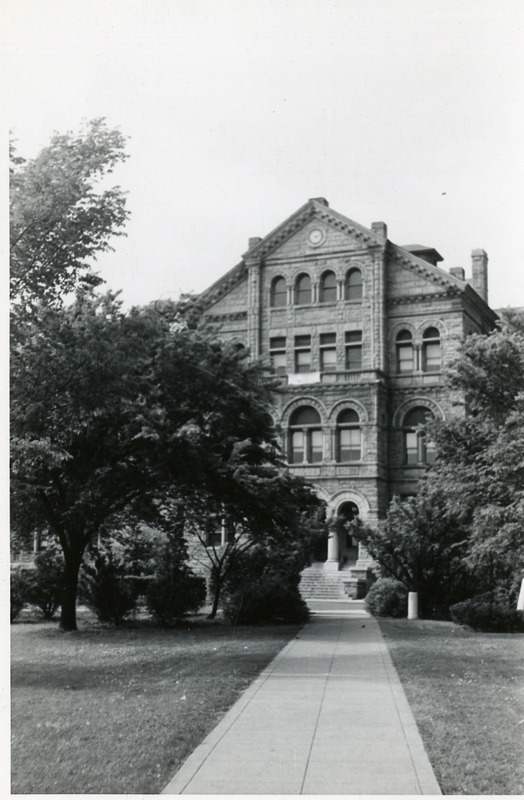 The war affected the University dramatically, even before Pearl Harbor was attacked in 1941.[1]  In 1939 the University created war related committees, such as the Committee on Military Affairs, to address war-related matters. The Dean of the Graduate School, Martin Rawson McGuire (1897-1969)[i], a World War I veteran, chaired a “Council of National Defense” that was established in 1940.  From 1939 – 1943, McGuire did not teach his course on Ancient History as in previous and later years as a result of his time spent in wartime service.

Because of the Selective Training and Service Act of 1940 – the first peace time conscription in U.S. history – all men between 21 and 35 had to register with local draft boards, and some were selected by lottery to undergo a 12-month military training.[2]

The number of students attending the University reached 2,500 just before the war began.[3] With the onset of war, enrollment dropped, first to 2,075 in 1941, then to 1,810 in 1943. A consequence of this drop was a decrease in tuitions to the University, an important source of revenue for the school’s operations.  An Army Specialized Training Program placed on campus in 1943 brought some compensation. Graduate enrollment also fell dramatically throughout the U. S. during the war, from 300,000 to about 100,000. CUA had also lower enrollment, but more part-time graduate students making use of the school’s location in the nation’s capital, which grew in population during the war.

Other war-related activities in which the CUA community engaged include the promotion of War Bonds toward raising wartime revenues, the education of nurses by the School of Nursing, and participation in the Pope Pius XIII Day of Prayer for Peace from November 24, 1940 onward.  Additionally, a range of individual professors were involved in wartime projects, including Professors Purcell and Edward Lilly.  Prominent Austrian physicist Karl Herzfeld, who came to CUA from Johns Hopkins University in 1926, received government funds for wartime projects.  Finally, it should be noted that some students gave their lives in the war, with thirty-six CUA students killed in wartime service by 1945.

[3] Numbers taken from: Nuesse, The Catholic university of America, 332.

[i] Martin Rawson Patrick McGuire was born at Whitinsville, Mass., December 30, 1897. He received his early education in the public schools of Uxbridge, Mass. In September 1916, he entered Holy Cross College, Worcester, Mass. In July 1918, he enlisted in the U. S. Army at Plattsburg, NY. From September 16, 1918 to April 2, 1919 he served as a 2nd Lt. Inf. U. S. Army at Camp Grant, Ill. In June 1921, he received the degree of Bachelor of Arts from Holy Cross College, Worcester, Mass. From September1921, to June 1924, he taught Latin, Spanish, and History at Georgetown Preparatory School, Garrett Park, MD. He entered the Catholic University of America in September 1924, from which institution he received the degree of Master of Arts in June 1925. During his course at the Catholic University he has attended the lectures of Professor Roy J. Deferrari, PhD, in Latin and Greek; Associate Professor J. Marshall Campbell, PhD, in Greek; Associate Professor Graham Reynolds, PhD, in Latin; Reverend James A. Geary, AB, in Comparative Philology; and Professor Joseph Dunn, PhD, in Old, and Middle Irish. http://greeklatin.cua.edu/about/earlybiographies.cfm

Dr. Martin McGuire (1897-1969) first taught in the Department of Greek and Latin in 1924 as a graduate assistant pursuing his MA; after earning his PhD in 1927, he joined the departmental faculty as an instructor, beginning a CUA career that lasted over 40 years and saw him promoted to ordinary professor, graduate dean, and (from 1949 to 1962) department chair. Dr. McGuire was primarily a Latinist (his dissertation was on St. Ambrose), but his interests were wide-ranging, as witnessed in significant part by his work on The New Catholic Encyclopedia, for which he served as the senior editor (source: Ward W. Briggs, Jr., ed., Biographical Dictionary of North American Classicists (Greenwood, CT and London, Greenwood Press, 1994), 387-89, with additional references).

← John Tracy Ellis and the History Department Before World War II
Next Page: