Studying History in the 1940s 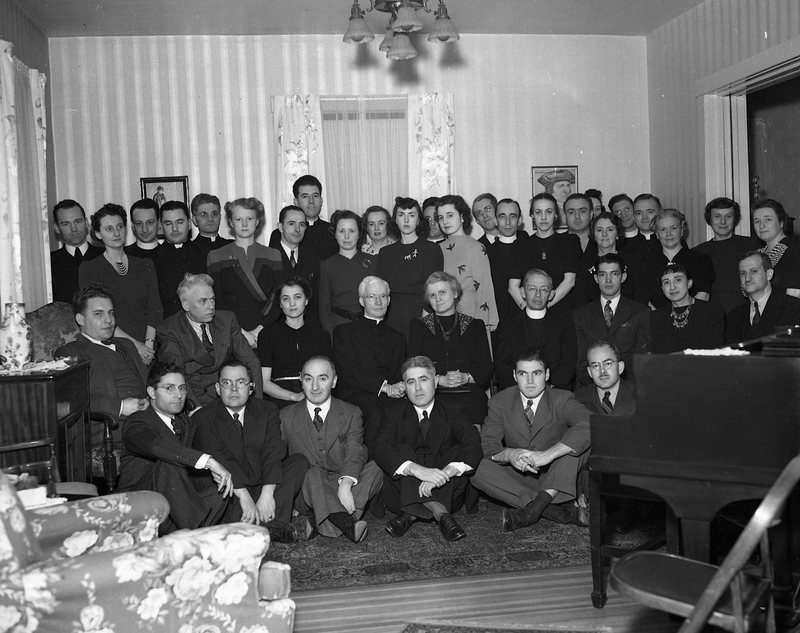 During the war, courses were offered in:

Undergraduates of the war years were required to take introductory courses in their first year.  History 101 – 107 were courses focused on Ancient Greece/Rome, Medieval, Early Modern and Modern Europe, Colonial America, History of the United States, Economic History (this one was taught through the Economics Department).

After having successfully completed the 100-level courses, students could take 200-level courses which often continued directly from the lower level.  For example, History 201 and 202 focused on “The Development of the American Nation Since 1763,” which was a course on political history with “constant reference to economic, social, and cultural developments” (usually divided into two semesters). The 201 course could also be centered on “English/British Constitutional History”.

The 300-level courses were restricted for students who had already done 201/202. These were more specialized courses, focusing on “Political and Cultural History of England” (301/302) or on specific periods of European history.  Some examples:

Junior students who majored in history were also required to take 351/352 “Reading List” which included “historical criticism and interpretation.”

Seminars on the 400-level were mostly courses on Modern European history: 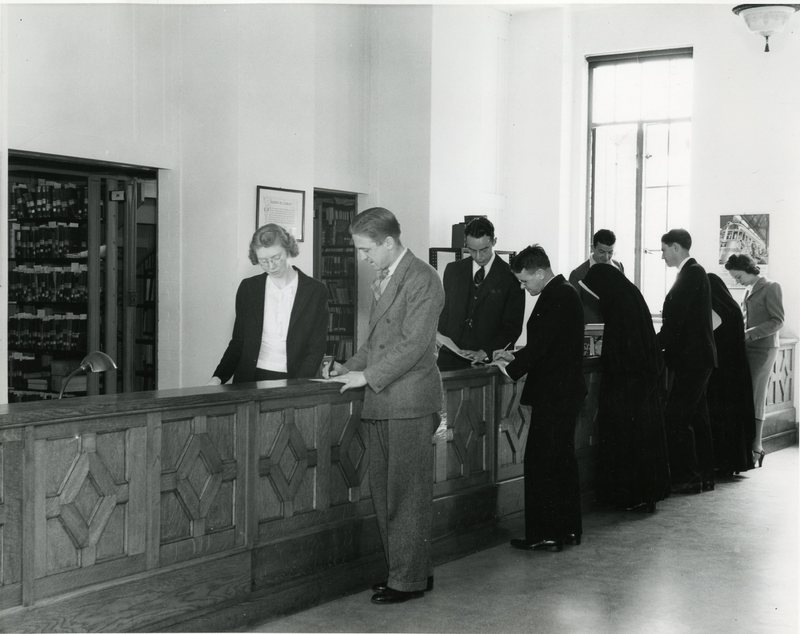 Finally, there were courses at the 500-level. These included:

“The most remarkable innovation at the University this year takes the form of a ‘slew’ of nurses living in Gibbons Hall. There are, of course, very few men on the campus beyond those in cassocks.”

There were even more priests at CUA at this time because those who would usually go to Rome could not because of the war between Italy and the United States.

Msgr. Aloysius Ziegler had started to teach Medieval History at the department in 1935, but he did not offer courses between 1939 and 1942.[i]

[i] The Reverend Monsignor Aloysius Kieran Ziegler was born on August 26, 1895 in Milwaukee Wisconsin to a devout German Catholic family. Ziegler had an extensive education that began with his studies at St. Francis Seminary where he was ordained to the priesthood for the Milwaukee diocese; he earned his bachelors in 1919. After being ordained Ziegler taught at the seminary and earned his Masters at the University of Wisconsin in 1925 and continued his studies at the Catholic University of America where he earned his STB in 1927; STL in 1928; and his STD in 1930. He also spent four years conducting post-doctoral studies in France at the Ecole Nationale des Chartes where he earned a degree in Archiviste-Paleographe in 1934; which followed with his appointment that year as an instructor in the Greek and Latin and History Departments.

In 1938 he was promoted to Assistant Professor in 1938, Associate Professor in 1940, and Ordinary Professor in 1960. Ziegler was also Head of the History Department from 1941-1961 and was Associate editor for the Catholic Historical Review, 1936-1957. Ziegler retired from the CUA faculty in 1966 but remained Dean of the Catholic Sisters College until 1968. He also remained as a Senior Lecturer in the Department of Greek and Latin, until 1977. The unique aspect of Monsignor Ziegler is the fact that he was a renowned scholar in Medieval History as well as Latin, and was known for his patient and prudent work as a director of dissertation research and his reviews and editorial work.

Monsignor Ziegler was also well known as a man deeply devoted to his priestly duties. This was seen with his work as Chaplain for Trinity College and as Chaplain and Moderator of the National Federation of Catholic College Students, NFCCS. Pope John XXIII elevated him to the rank of Domestic Prelate in 1959 for his extensive work. Monsignor Ziegler's health declined rapidly during the last two years of his life forcing him to move into St. Anne's Home for the Elderly in Milwaukee in 1977, where he died on July 13, 1979 at the age of 83. Overall, Monsignor Ziegler will be remembered as a gifted scholar, administrator, and priest.

← Catholic University Before and During the War
Next Page: