Completing the John K. Mullen of Denver of Memorial Library 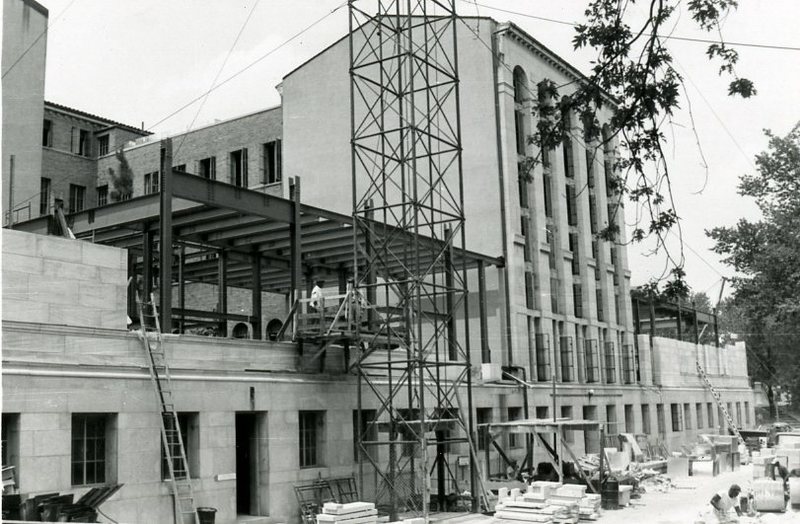 Construction of additions to Mullen Library.

The additional wings were not completed until 1958, thirty years after the initial opening of the library. This expansion was part of a larger building program on Catholic University’s campus. Starting in November of 1956, the plan included a new physics building (present day McGivney Hall) as well as the expansion of the library. This building program continued as new projects were announced by then rector Bishop Bryan J. McEntegart in 1957, including additions to Caldwell and Curley Halls and new buildings for Engineering and Nursing Education. 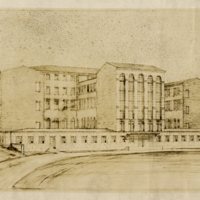 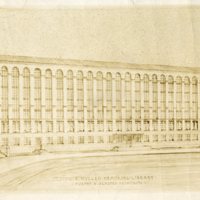 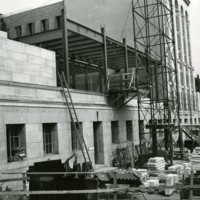 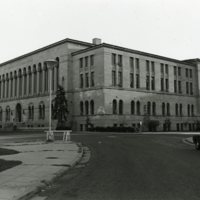 ← Building the Library – A Collaboration
Next Page:

The Completed Library – Heart of the University →