Planning the John K. Mullen of Denver of Memorial Library 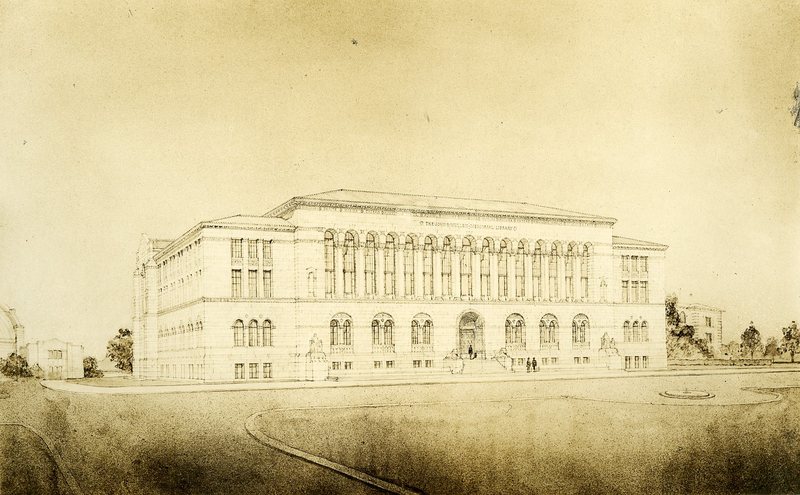 Murphy & Olmsted completed the specifications for the new library in 1924. This monumental building would be constructed of Kentucky limestone and Massachusetts granite, with a façade dominated by a colonnade and large windows to provide abundant natural light. The interior would include a dramatic central marble staircase and a second floor reading room with soaring ceilings. This new library would have the capacity for one million volumes, in addition to various offices and seminar rooms. An architectural rendering of the new library appears in the opening pages of the Cardinal Yearbook of 1925, across from the yearbook’s dedication: “To John K. Mullen, as an expression of our gratitude for his generosity and interest in the Catholic University.” 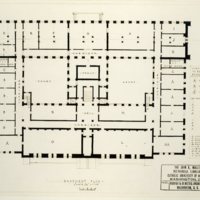 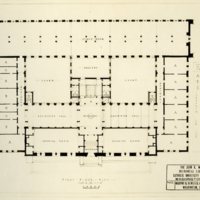 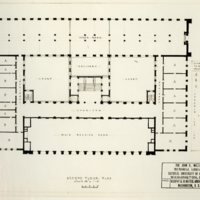 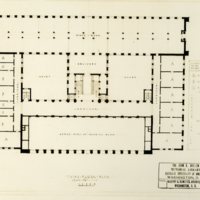 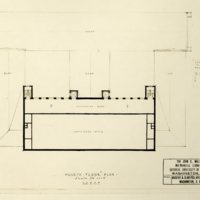 ← Early Library Days at The Catholic University of America
Next Page: