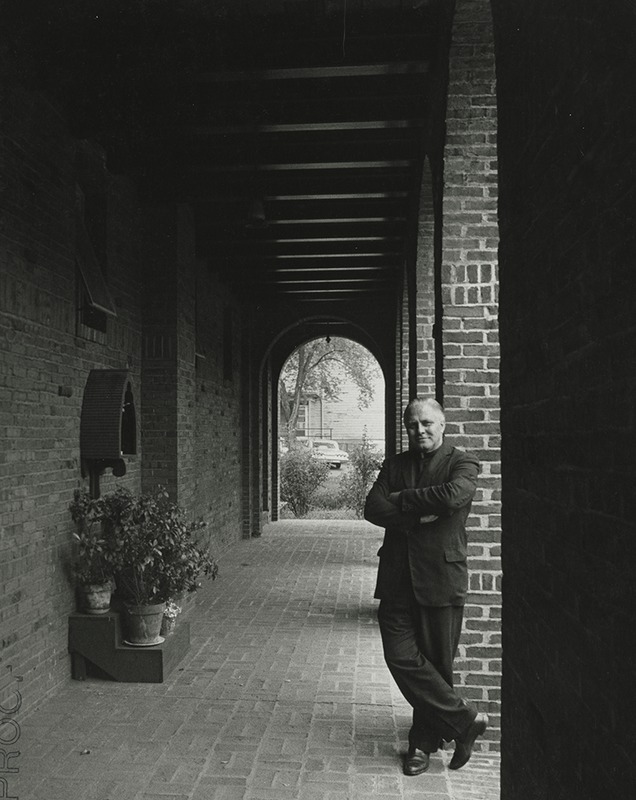 Dominican Father Gilbert V. Hartke (1907-1986) was a playwright, director, and founder of the University’s Department of Speech and Drama, one of the first such programs in the country. When Father Hartke arrived at the University as a seminarian in 1936, the University was still in an exclusionist phase with regard to African American students. Yet, just as Father Hartke began writing and producing plays on campus in 1936, the University was reevaluating its policies on racial inclusion. Indeed, the entire city of Washington, D.C., including its theaters, was in a period of racial reckoning.

Father Hartke, an inimitable promoter of live theater on campus and city-wide, became enmeshed in such activities. By 1939, there were 40 Black students at the University, two of them in the Speech and Drama Department. Several productions featured Black performers and/or audience members when this was considered unacceptable in the city, but it was in the late 1940s onward that University and local theater became fully integrated, partially due to Hartke’s activities as a member of a group of four local theater lovers jokingly calling themselves the “Unholy Four.” This group made the establishment of live theater and integration of a revived drama scene their priority. Through a combination of civil rights advocacy, savvy fundraising, and moral argument, the group had created a lively and integrated theater community by the 1980s.

For more on Gilbert Hartke, see: "The Archivist's Nook: Show Biz and then Some--Father Hartke's CUA".