American Catholic History Classroom > Exhibits > Segregation and Desegregation at The Catholic University of America > Pre-history: The Land before the University

Pre-history: The Land before the University 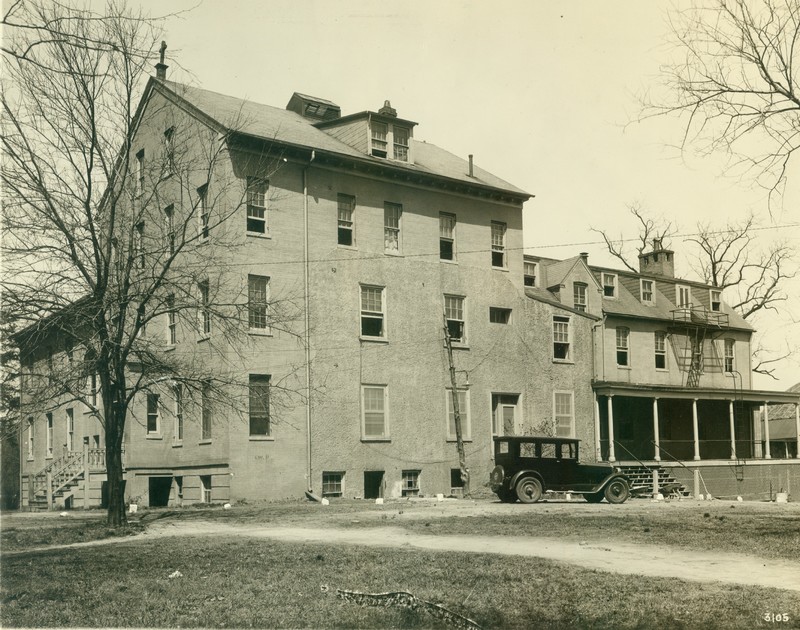 The house built by Samuel Harrison Smith in 1803, later purchased by the Middleton Family, and eventually purchased by the U.S. Bishops as part of the 65 acre parcel that would become The Catholic University of America. Enslaved people ran the estate under the Middleton family until they were freed by the Emancipation of 1862. The Bishops bought the land in 1885. The building was demolished in 1970. (Image: Special Collections, Mullen Libraries, The Catholic University of America) 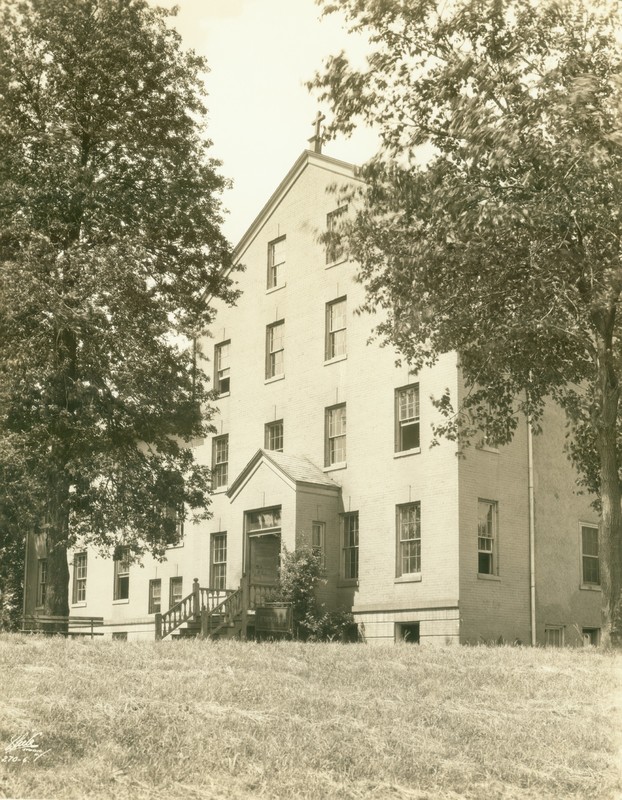 Another view of the house built by Smith, renamed St. Thomas Hall when it became part of the University. (Image: Special Collections, Mullen Libraries, The Catholic University of America)

On the grassy hill between McMahon Hall and the Pryzbyla Center is where in 1803 Samuel Harrison Smith and his wife Margaret Bayard Smith built a manor house that would later serve as one of The Catholic University of America’s early campus buildings.

Smith, who was already known as a newspaperman in Philadelphia, came to Washington when president-elect Thomas Jefferson suggested he move to the new Capital to create an official record of the new administration. Smith went on to become the semi-official reporter for Congress, producing transcripts that are the only written record of its early sessions. He was appointed to a position in the Treasury Department by President James Madison in 1813 and became Secretary of the Treasury in 1814. The Smith family had several notable Washingtonians who were friends and acquaintances, including Thomas Jefferson, James and Dolly Madison, Albert Gallatin, and Mrs. Henry Clay. All are known to have visited the Smith property.

In the late 1830s Mr. Smith sold the property. It later passed to James Middleton and then to his son Erasmus J. Middleton. The Middleton family held several enslaved persons who ran the estate. In April of 1862, during the Civil War, Congress passed legislation which emancipated Washington’s slaves--eight and a half months before the Emancipation Proclamation became law. The Middleton Estate's enslaved people were thus among the first to be freed by an act of Congress.

The Middleton Estate property was purchased by the bishops for the purpose of building the University in 1886. The tract of land, acquired by the bishops, consisted of sixty-five acres and cost $29,500.  The Paulist Fathers, who were among the first to respond when religious communities were invited to affiliate with the new university, occupied the building from 1889 until 1914. They called it St. Thomas Aquinas College, and it was renamed St. Thomas Hall when it came to CUA as a dormitory.  It served in this manner until 1933 when it was repurposed as the School of Social Service.  The building was demolished in 1970.

For more on the University's prehistory, see "The Archivist's Nook: African American History? You're Standing on It".

← Segregation and Desegregation Timeline
Next Page: