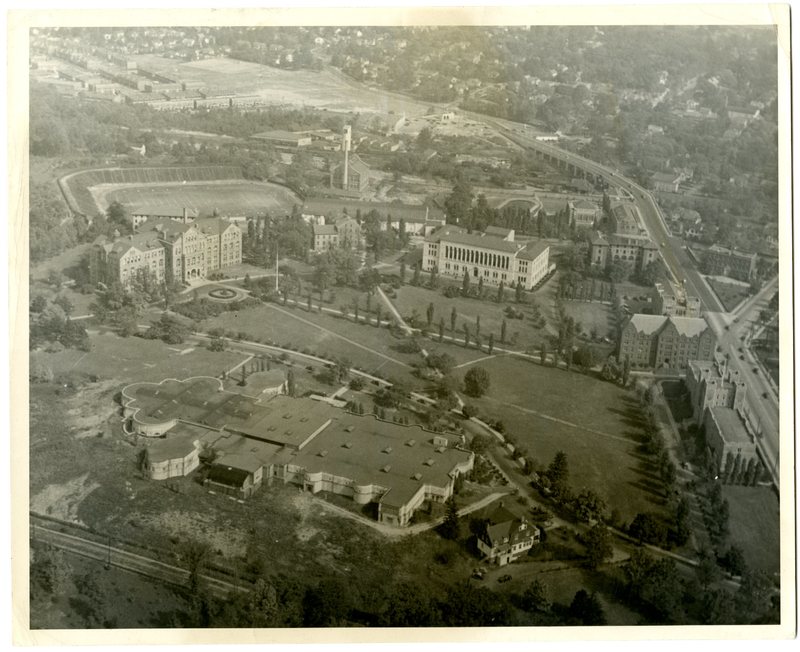 In the foreground of this aerial photo from about 1931, you can see the crypt level of the unfinished Shrine. At that time, it “was perhaps the lowest, flattest functioning church in the United States” (Malesky 64). 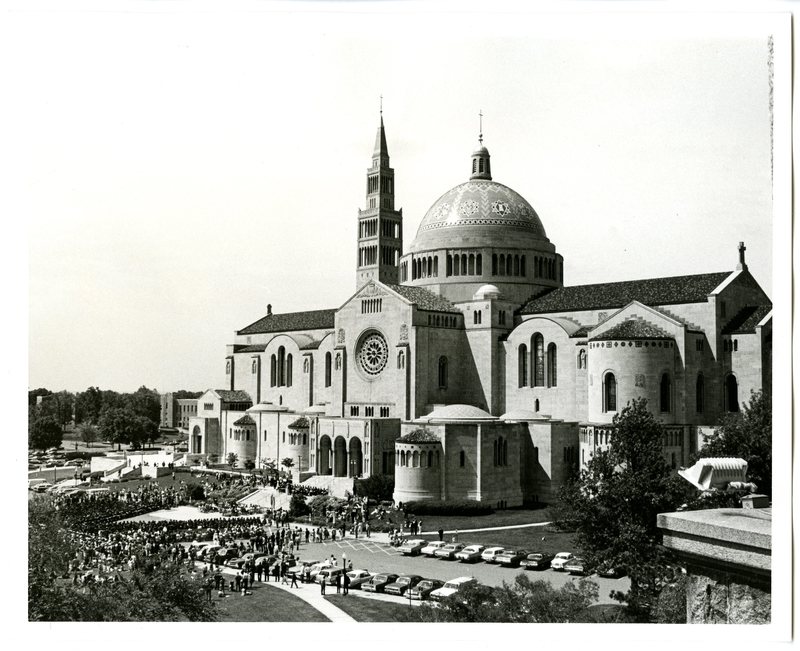 For more than two decades the lower church evoked the “Half sunk” Ozymandias; at one time, the bishop of Reno complained that it “remained a shapeless bulk of masonry half-buried in the ground” (Tweed 42).

Following a 23-year hiatus, construction resumed in 1954 and the superstructure was formally dedicated on November 20, 1959.

In the interim, the Shrine incorporated separately from The Catholic University of America; although the 1948 decision was in part financially motivated, it was mostly mission-driven; ever since the plans for a University Church had developed into plans for a national center of Marian devotion (i.e., as early as 1913), the scope of the project had simply outgrown the campus community.

Today the Shrine enjoys a neighborly relationship with CatholicU, hosting many important events throughout the academic year—most notably Commencement. Although the Shrine had been the venue for the annual baccalaureate Mass for more than fifty years, it was not until the 1970s that the East Portico became the traditional venue for Commencement.

Thank you for visiting Upon This Granite Block. If you have a few minutes, please consider participating in this brief exit survey. Your feedback will help improve this exhibit and inform the creation of future exhibits.