When The Catholic University of America first opened in 1889, the campus community patronized the chapel in Caldwell Hall.

After the Blessed Virgin Mary, under her title of the Immaculate Conception, had been designated as the patroness of the United States in 1847, whispers of a “fitting architectural symbol of this dedication” supposedly occurred at the Second Plenary Council of the Catholic Church in 1866 and surfaced again at the Third Plenary Council in 1884 (Salve Regina, “Idea Many Years Old”). The establishment of a national Catholic university in 1887 only lent urgency to the matter of a patronal church.

Originally conceived as the University Church, the Shrine was the brainchild of Thomas Joseph Shahan, Catholic University’s fourth rector (1909–1928). When the University first opened in 1889, the campus community patronized the chapel in Caldwell Hall (then-known as the Divinity Building).

As early as July 1910, however, Shahan expressed his desire for a full-fledged University Church: “Professors and books shed a dry light,” he explained (himself a professor), “but a glorious Church sheds a warm emotional, sacramental light” (Shahan). In 1913, Pope Pius X gave Shahan his blessing along with $400, kicking off years of fundraising for the Shrine (Tweed 49). 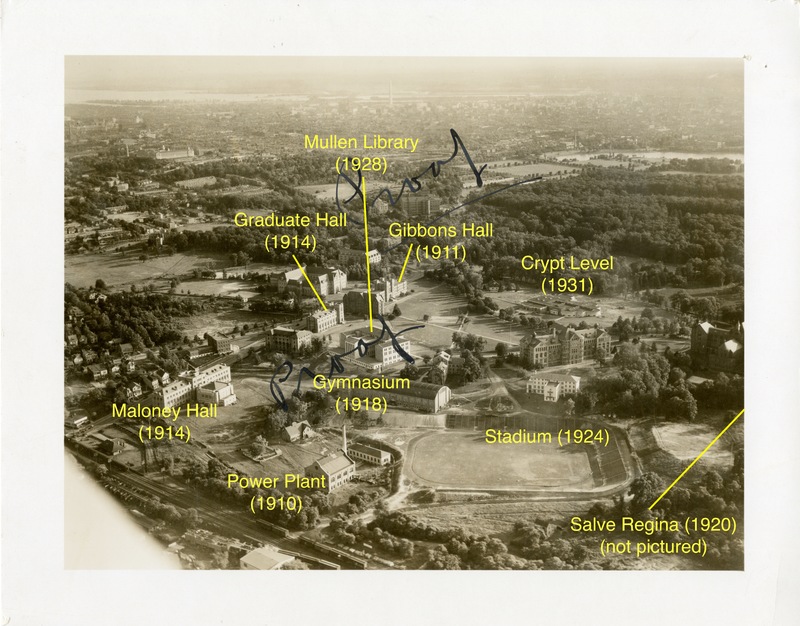 Shahan championed a staggering amount of campus construction during his rectorship (1909–1928). This aerial photo from about 1928 shows all of the campus buildings that were erected during his tenure with the notable exception of Salve Regina (1920). 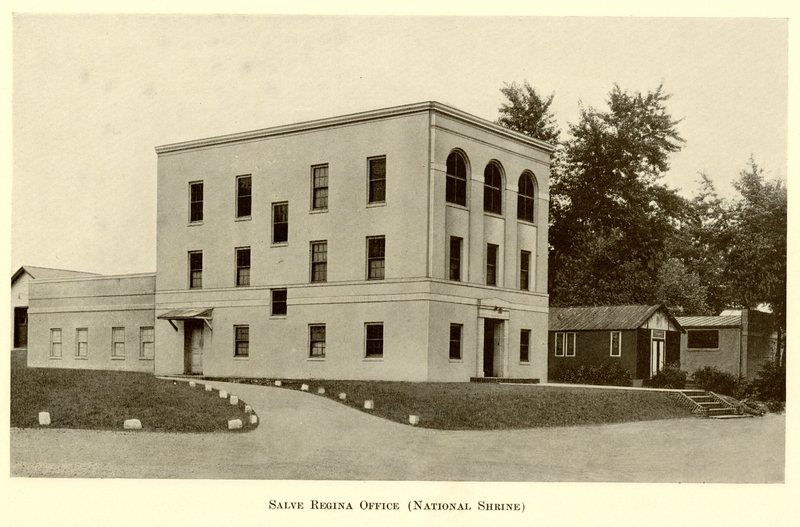 Salve Regina Office, ca. 1920. Today, the building is home to the Art Department.

Dubbed the “Rector-builder,” Shahan championed much of the campus construction in those days—perhaps to a fault: “A university is a society of men, not buildings,” chided his successor, Monsignor James H. Ryan (Nuesse 171; Malesky 90).

In any case, the Shrine was his pride and joy. Salve Regina Hall was originally built for the express purpose of providing office space for the Shrine's fundraising activities; today it houses the Art Department.