Fenian Brotherhood: Commitment to the Cause 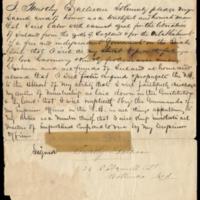 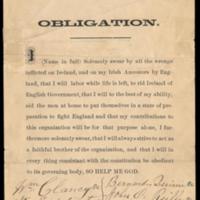 As seen in Timothy O’Sullivan’s pledge and the obligation form on display, new inductees into the Fenian Brotherhood proclaimed their commitment to the organization and to Ireland. As Timothy wrote in his own hand, members of the Fenian Brotherhood promised to "labor with earnest zeal for the liberation of Ireland from the yoke of England and for the establishment of a free and independent government." The printed obligation form contains similar promises, as well as contains signatures of members from a chapter of the Brotherhood who have paid their dues. 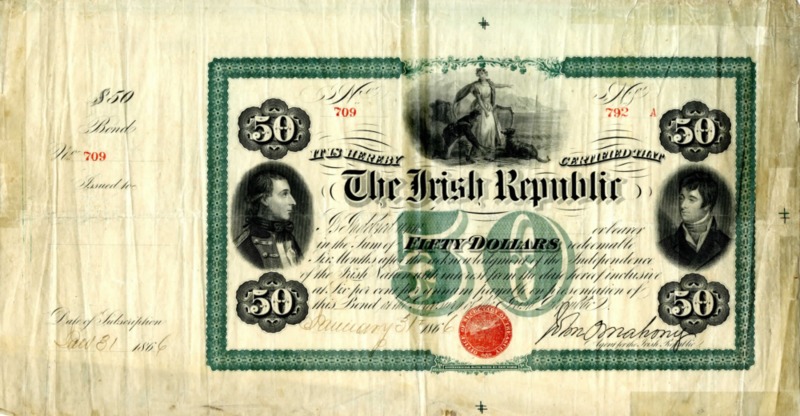 One could also show support for Irish independence by purchasing a "Fenian bond;" bonds issued by the Irish republican “government in exile” established by the Fenians in New York City. The bond reads: "It is hereby certified that THE IRISH REPUBLIC is indebted unto _____ _____, or bearer, in the sum of Fifty Dollars, redeemable six months after the acknowledgement of the independence of the Irish Nation, with interest from the date hereof, inclusive, at six per cent. per annum, payable on presentation of the bonds at Treasury of the Irish Republic."