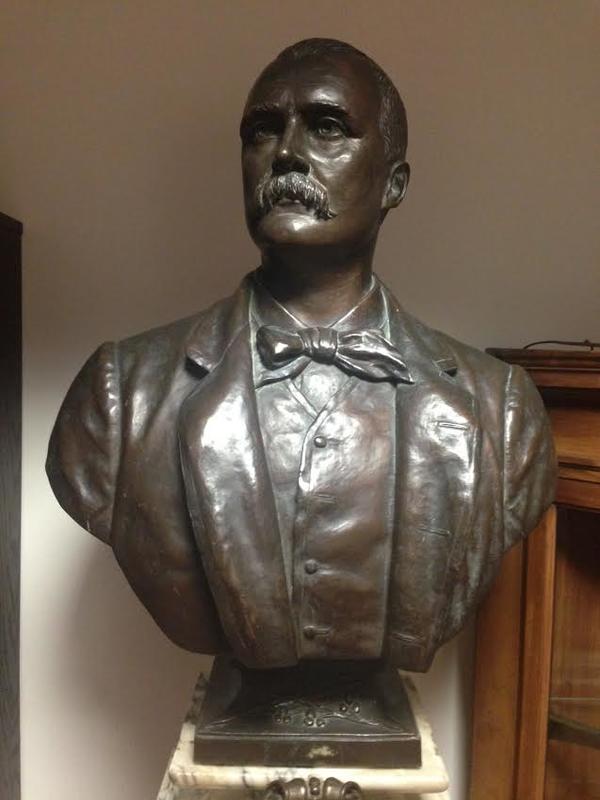 John Boyle O’Reilly (1844 – 1890) was an Irish born poet and journalist as well as member of the Fenian Brotherhood. After joining the Brotherhood in 1865, he was arrested along with many other members following the Fenian Rising of 1867. He was transported to Western Australia, from which he escaped in 1869 for the United States. John Devoy would ask for O’Reilly’s advice on how the Clan na Gael might rescue the remaining Fenians in Australia, resulting in the Catalpa rescue of 1876. By the early 1880’s, O’Reilly was an important force in the American Land League. In 1889, he was the only layman to speak at the dedication and opening of The Catholic University of America where he read his poem “From the Heights.” Not only a renowned poet and novelist, O’Reilly was the Irish American Catholic editor and part owner of the newspaper The Pilot, which had the largest circulation of any Irish American or Catholic newspaper at the time. This bust was given in his memory by his friends to The Catholic University of America in 1892. As part of the University’s museum collection, it is usually on display in the Archives Reading Room in Aquinas Hall.