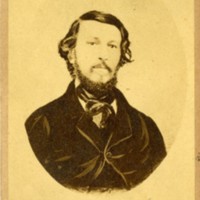 These items, including drawings completed in Ireland, a visitor prison pass, a citizenship document, and a obituary, tell the story of exiled Fenian leader Thomas Clarke Luby (1822-1901). In 1865, he and several other Fenian leaders were arrested and charged with Treason-Felony for their revolutionary activities. Luby was sentenced to twenty years, first in Pentonville and then in Portland Prison in the United Kingdom. He served only six of those years, being pardoned in 1871 under the British government's general amnesty, on condition that he leave the United Kingdom and remain abroad for the duration of his sentence. Luby and his family moved to the United States, where he became a freelance journalist, poet and lecturer on Irish freedom. 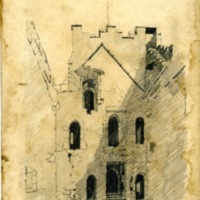 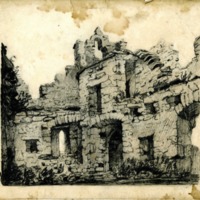 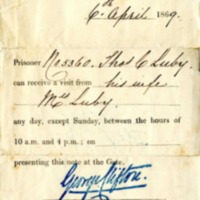 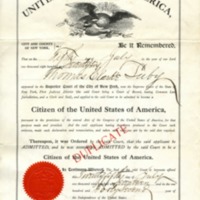 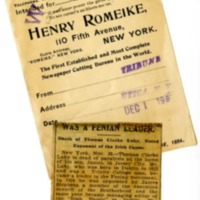