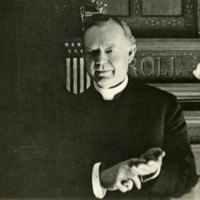 From the files of Bishop Peter J. Muldoon (1862 – 1927), Irish American chairman of the administrative committee of the National Catholic War Council, we find documents from 1918 to 1921 as he kept tabs on the “Irish Situation” at a critical juncture. Post Easter Rising of 1916 and World War I, this was a time of tension over whether or not Ireland would be recognized as a sovereign state at the Paris Peace Conference and the outbreak of the Irish War of Independence (1919–1921). On display is a telegram from Diarmud Lynch, a participant in the Easter Rising and Sinn Féin member of the First Dáil, discussing the series of meetings American organization Friends of Irish Freedom (FOIF) held Easter Week of 1919.

From September 1921, we find a printed copy of a letter sent by American archbishops and bishops to Cardinal Logue, Archbishop of Armagh and Primate of All Ireland, expressing the sympathy of American Catholics for their Irish brethren, just a few weeks before Ireland and British representatives would meet in London and sign the Anglo-Irish Treaty of December 6, 1921. 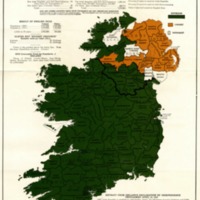 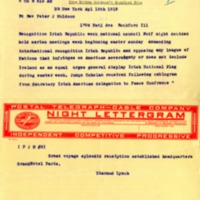 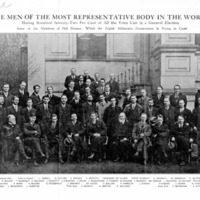 The Men of the Most Representative Body in the World
1919 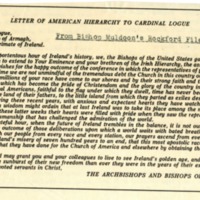