These letters were written just one year before and one year after the Fenian Rising of 1867 in Ireland. In the first letter, "A Southern Fenian" reached out to Irish Republican leader James Stephens to warn him of an untrustworthy character, Patrick Condon (also known as Godfrey Massey), who had become involved with the Fenians. This Southern Fenian suggested Condon misrepresented his military service in the U.S. Confederate Army, and may even have been an “English Detective.” This letter went unheeded; in the wake of the Fenian Rising, Condon would testify in British court against another Fenian, Thomas Francis Burke, who would be convicted of treason.

Several Fenians who participated in the rising fled to the Continent to avoid imprisonment. The second letter is from a Fenian requesting funds from the Brotherhood as he hid in Paris. As O. Fariola explains, he and the other brothers in Paris were “without the means even of paying our dinners” and had “exhausted all means of supporting ourselves." 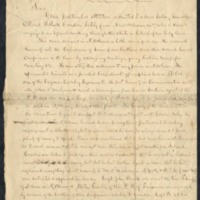 Letter from "A Southern Fenian" to James Stephens
October 20, 1866 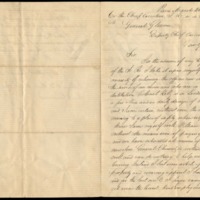 ← Fenian Brotherhood: Commitment to the Cause
Next Page: