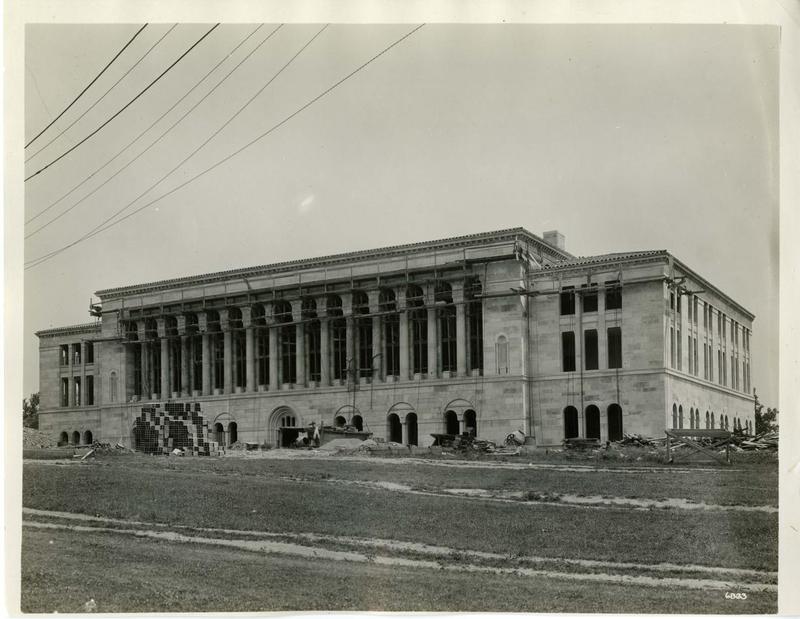 Thomas Shahan, who played a critical role in raising money to build the Shrine, also instigated the fundraising for a university library.

The library’s namesake John Kernan Mullen of Denver, Colorado, a Milling and Elevator Company magnate, donated $400,000 to CUA for the construction of a library. In fact, there were complications attached to this gift, and the library actually had to be completed in phases: the full basement and front and central portions of the library were completed and opened in 1928, while the side portions were completed in 1958.

← The Basilica
Next Page: