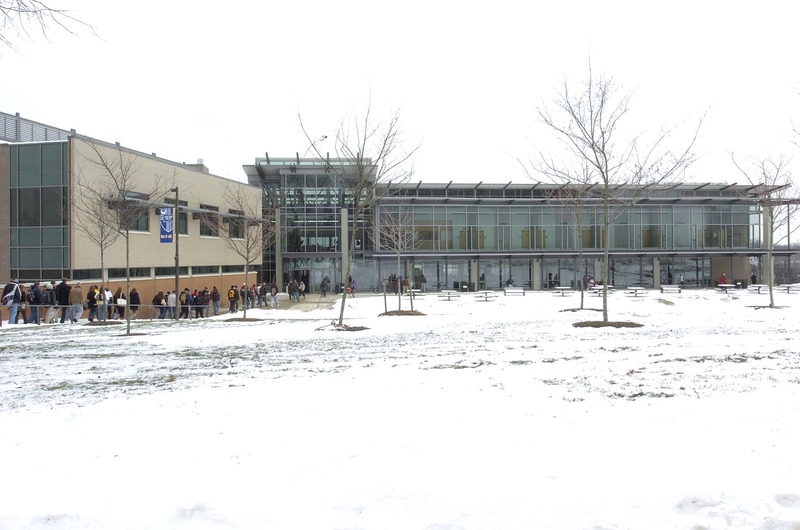 The past decade has seen an influx of students and subsequently CUA has had record first year enrollments. This has triggered a rush for dorm and classroom space on campus – especially since the 1980s. A number of new dormitories have been built, but the heart of campus is, arguably, the Pryzbyla Center.

Known as the Pryz, this building is named for Edward J. Pryzbyla, an alumna (graduated in 1925 with a B.A. in Philosophy) and extremely generous donor to the school. His funding enabled the construction of the Pryz (He died in 2000, the building was completed in 2003), a modern building that houses all manner of offices related to student life here on campus, among other amenities.

Less well-known about Mr. Pryzbyla is his fondness for the environment. This disposition prompted him to donate hundreds of trees for planting all over campus, making him partly responsible for the loveliness of the campus grounds today.