American Catholic History Classroom > Exhibits > A Historical Walking Tour of The Catholic University of America > Before the University's Beginnings > 1803: The Smith and Middleton Families

1803: The Smith and Middleton Families 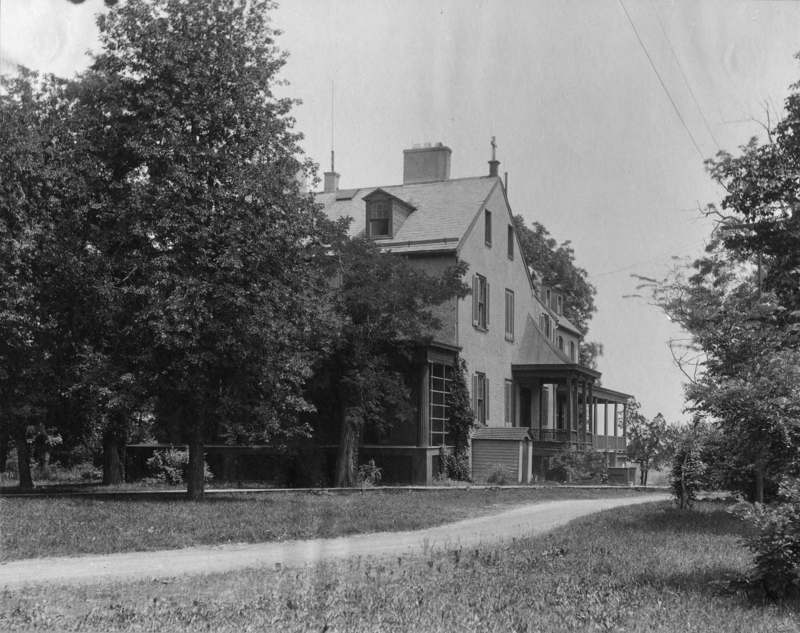 On the grassy hill between McMahon Hall and the Pryzbyla Center is where in 1803 Samuel Harrison Smith and his wife Margaret Bayard Smith built a manor house that would later serve as one of CUA’s early campus buildings.

Smith, who was already known as a newspaperman in Philadelphia, came to Washington when president-elect Thomas Jefferson suggested he move to the capital to create an official record of the new administration. Smith went on to become the semi-official reporter for Congress, producing transcripts that are the only written record of its early sessions.  He was appointed to a position in the Treasury Department by President James Madison in 1813 and became Secretary of the Treasury in 1814. The Smith family had several notable Washingtonians who were friends and acquaintances, including Thomas Jefferson, James and Dolly Madison, Albert Gallatin, and Mrs. Henry Clay. All are known to have visited the Smith property.

Certainly the landscape in 1803 looked markedly different from the college campus we see here today. Most notable from the records from the time of Smith family’s tenure here was Margaret Bayard Smith’s remarks about the property in a letter to her sister. Smith described the property as:

"… a good house on the top of a high hill, with high hills all around it, embower'd in woods, thro' an opening of which the Potomack, its shores and Mason's Island are distinctly seen. I have never been more charmingly surprised than on seeing this retreat."

In the late 1830s Mr. Smith sold the property. It later passed to James Middleton and then to his son Erasmus J. Middleton. The estate was then run as a farm by enslaved people. That year, Congress passed legislation which emancipated Washington’s enslaved people (the Emancipation Act).  The Middleton Estate enslaved were thus among the first to be freed by an act of Congress.

The Smith property, also known as the Middleton Estate, was purchased by the bishops for the purpose of building the University in the 1886. The tract of land, acquired by the bishops, consisted of sixty-five acres and cost $29,500.  The Paulist Fathers, who were among the first to respond when religious communities were invited to affiliate with the new university, occupied the building from 1889 until 1914. They called it St. Thomas Aquinas College, and it was renamed St. Thomas Hall when it came to CUA as a dormitory.  It served in this manner until 1933 when it was repurposed as the National School of Social Service (NCSSS). When NCSSS moved in 1950 to another building, it again became a dorm until was deemed structurally unsound.  The building was demolished in 1970.