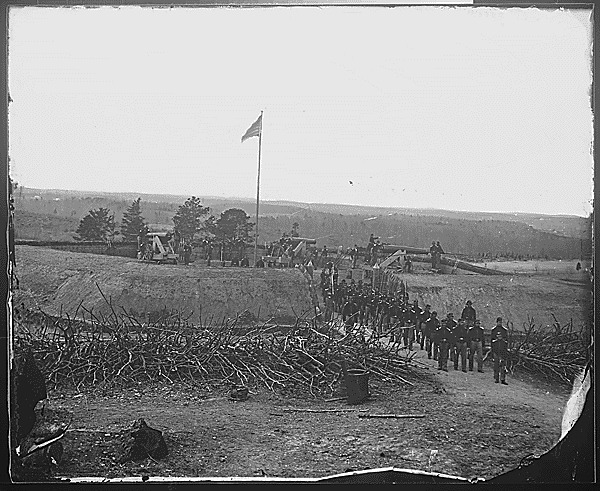 The Middletown estate and the surrounding area—now known as Brookland--were predominantly farmland until the end of the nineteenth century.  During the Civil War, a ring of forts was built on the outskirts of Washington to defend the city from the Confederate Army.  Two of these forts were located in this area: Fort Slemmer on what is now the northern portion of the CUA campus and Fort Bunker Hill on land to the east that belonged to the Queen and Brooks families.  In 1887, shortly after the University bought the Middletown estate, the heirs of Col. Jehiel Brooks sold the adjoining tract of land to suburban developers.

During the Civil War and afterwards, the population of Washington grew rapidly.  To keep up with the demand for houses, new suburban developments were built in areas outside the city boundaries in Washington County.  The former Brooks estate was subdivided into modest house-lots by developers who named it “Brookland.” Unlike earlier developments, such as like Mount Pleasant to the south, Brookland was planned with relatively large lots and single-family houses.  Taking advantage of the area’s open spaces and natural beauty, this strategy gave Brookland an appealing “small town” character.  The development was a success.  Soon, nine other new subdivisions followed the pattern of spacious lots with freestanding houses. 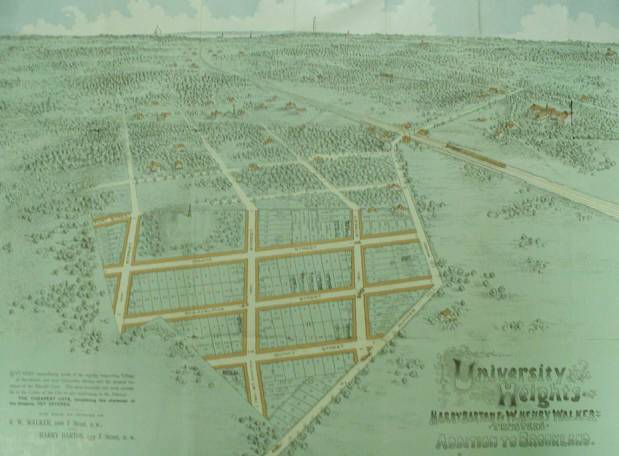 This map shows the rapid development of Brookland around the turn of the last century. Produced by developers selling lots in an addition to the original Brookland tract, the map reveals a neighborhood emerging outside the urban core of the city - marked by the Capitol dome and the Washington Monument on the horizon. In area sold a few years earlier, roads and a number of houses have already been constructed. In the area for sale, a number of lots are stamped "SOLD." Detail from the map, "University Heights," c. 1890, Courtesy of the American Catholic History Research Center and University Archives, CUA.

While the Brookland area attracted a number of prominent residents, including leading scientists from the Smithsonian institution, it quickly emerged as a middle-class neighborhood of modest homes.  For example, lots in the “Sherwood” development (1901) measured 50 by 120 feet and sold for $300.  This allowed workers to live in the suburbs and commute to work in the city via the railway or streetcars.

As early as 1891 Brookland had a population of about 700 people.  Around the turn of the century, the area was formally incorporated into the city of Washington.  By 1904 Brookland conformed to the street names and numbers of the District of Columbia and some streets were widened to conform to city standards.  The “University Heights” tract developed in 1890 illustrates how the street patterns, previously designed by individual developers, were often quite irregular--developers sometimes laid streets to conform to the counters of the landscape or to the shape of the tract rather than to the city’s formal grid.  After the city took charge, subsequent development followed a more regular plan.

Pearce, John N.  “Brookland Something In The Air.”  In Washington at Home: An Illustrated History of Neighborhoods in the Nations Capital.  Ed. Kathryn Schneider.  Northridge, Calif.: Windsor Publications, 1988.