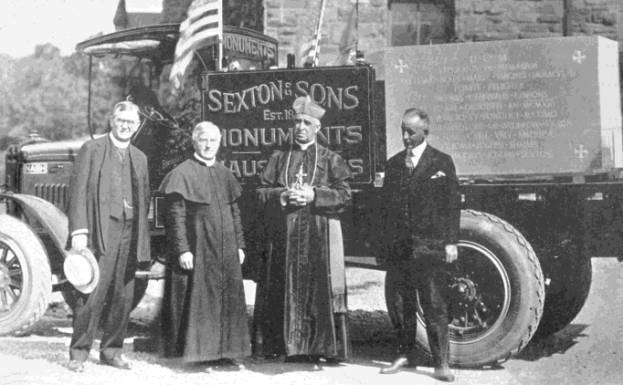 In the early nineteenth century, the University expanded rapidly.  As the second university in America founded solely as a graduate school, it was still treading new ground.  During this period, crucial funding for the University came from organizations like the Knights of Columbus, in whose honor the law school is named.  In 1904, an undergraduate program was added to help stabilize the University’s finances and broaden its mission.  Because of prominence of the University’s faculty and research programs, the undergraduate program quickly established a reputation for excellence: a survey conducted in 1912 by the federal Bureau of Education placed CUA among the best institutions in the nation at pr eparing undergraduates for graduate studies.  CUA was also a founding member of the Association of American Universities, a group of leading research institutions.

The expansion of the university owed a great deal to the leadership of Thomas J. Shahan, who had joined the faculty in 1891 and was appointed rector in 1909.  As rector, Shahan built new programs that helped the University stand out.  Shahan also put great emphasis on the undergraduate programs as well as furthering the infrastructure of the University.  When Shahan assumed the rectorship, the principle buildings used by the university proper were Caldwell Hall (1888), McMahon (1895), and Albert Hall.  Among the buildings constructed during Shahan’s tenure were Gibbons Hall (1912)--which is featured in a film of the University's 25th Anniverary celebration in 1913.  Other major building projects initiated under Shahan include Mullen Library (1928), and the Basilica of the Shrine of the Immaculate Conception.  This monumental structure opened as a Crypt Church in 1926.  Responding to the nation’s needs during World War I, Shahan helped organize the National Catholic War Council (1917), which quickly established an active department of social service and eventually developed into the United States Catholic Conference.

Although the university was initially founded to educate only men, new doors were opened for women students.  The Sisters of Notre Dame de Namur founded Trinity College for women just to the south of the CUA campus.  In 1911, the Benedictine Sisters opened a teachers college for both lay and religious women in the former Brooks mansion.  The success of this venture led to the establishment of additional Sisters Colleges across the nation, which trained teachers for Catholic primary and secondary schools.  In the 1920s the Catholic Sisters College moved to larger accommodations to the north of the CUA campus and was eventually absorbed into the university.  In 1928, the University formally opened its graduate program to women students—and women religious soon constituted half of the students in the graduate school of Arts and Sciences.  Women were admitted to the undergraduate school after World War II.