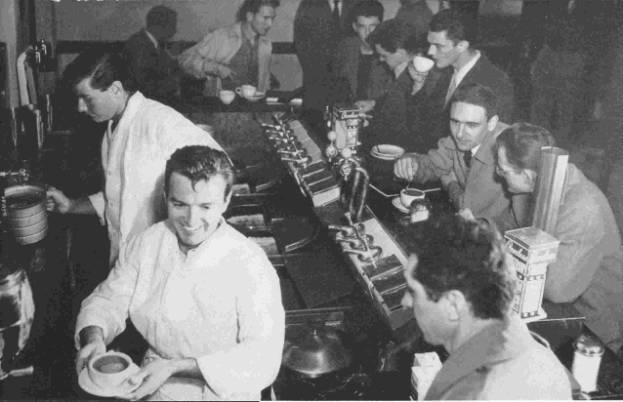 WWII veterans and other students socialize at the campus bar known as “The Dugout.”  The Cardinal, 1950, p. 97.  Courtesy of The American Catholic History Research Center and University Archives.

The period after World War II saw the rise of Catholic visibility in America, and particular prominence for Catholic University. During the first post-war years, Catholic University experienced a dynamic expansion in enrollment. WWII veterans were able to carry on their education by using the "G.I. Bill of Rights." It allowed veterans to resume educational opportunities interrupted by the war - and allowed many others who could not afford college the opportunity to do so. The result was a watershed moment in American higher education and especially for American Catholics.

The "baby-boom" that followed the return of the veterans doubled the nation's Catholic population between 1940 and 1960. The prosperity of this group enabled the undertaking of major building campaigns, both in dioceses across the nation and at the University.  The construction of the National Shrine begun in 1920 had paused with the completion of the crypt church in 1926.  After the War, the ambitious project of building the basilica was undertaken and it was completed in 1959. 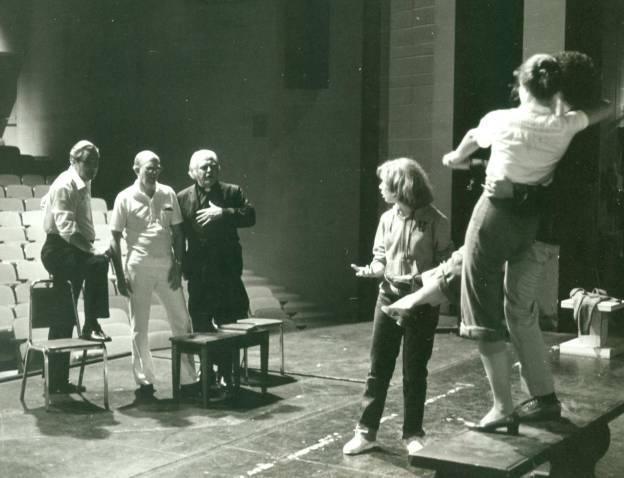 Father Gilbert V. Hartke directs his students as they prepare for a production.  He wrote five plays and directed over sixty productions at Catholic University.  Courtesy of The American Catholic History Research Center and University Archives.

As the nation’s Catholic population grew in size and prosperity, CUA played a leading role in promoting the visibility of Catholics in American life.  Father Fulton John Sheen, the University’s first professor of apologetics, became an internationally known radio and television personality.

Meanwhile, Father Gilbert V. Hartke founded the university’s Speech and Drama Department, which quickly emerged as one of the nation’s top programs.  Graduates include Philip Bosco, Susan Surandon, and Jon Voigt.  CUA student productions toured all over the United States, and to five continents—and the Catholic Players entertained troops during the wars in Korea and Vietnam.  The ongoing work at CUA both reflected and helped bring about a broader understanding and respect for American culture—symbolized by the election in 1960 of the nation’s first Catholic president, John Fitzgerald Kennedy.

Dolan, Jay P.  In Search of an American Catholicism: A History of Religion and Culture in Tension.  New York: Oxford University Press, 2002.

← An Integrated Neighborhood
Next Page: