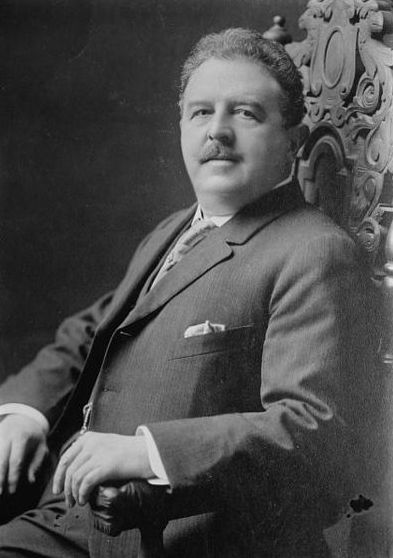 It was just a few years before he died that the famous and popular composer Victor Herbert, living in New York City, was asked by CUA student John Joseph Relihan whether he might be willing to compose an alma mater song for The Catholic University of America. Relihan had assumed that because Herbert was born in Ireland, he must be Catholic. Herbert wrote back saying that he was not Catholic, but he would be happy to donate a song anyway.
Victor Herbert was a composer, conductor, and cellist. He studied at the Stuttgart Conservatory and was principal cellist for the Stuttgart court orchestra from 1883 to 1886, when he came to America and became the principal cellist of the Metropolitan Opera orchestra in New York. He is most famous as the father of American operetta, composing such popular works as Naughty Marietta (from which the song "Ah, Sweet Mystery of Life" comes), and Babes in Toyland.