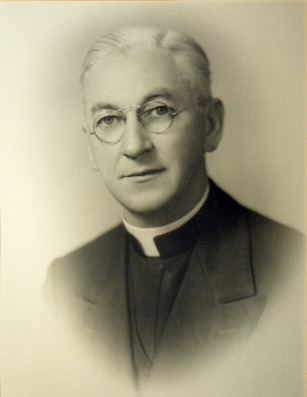 Thomas J. McLean was studying at the Sulpician Monastery for just one year in 1920 when he entered the Alma Mater Song Competition. Though the competition was for lyrics (to be set to music by Victor Herbert), McLean submitted both music and lyrics. Despite winning second place, his song, "Guardian of Truth," became the unofficial alma mater song of CUA.

Fr. McLean was a native of Attleboro Falls, Mass., and graduated from LaSalle academy, Providence, and Holy Cross (1916). He studied at St. Mary's seminary in Baltimore before attending the Sulpician Monastery in Washington, D.C. He was ordained in 1920 and went to serve several churches in Massachusetts. Fr. McLean's last appointment was at St. Francis Xavier Church in Hyannis, where the Kennedy family worshiped while at their summer home on Cape Cod. Fr. A local paper (probably the Cape Cod Times) published the following in his death announcement: "Fr. McLean possessed unusual gifts. He was a fine piano player and he had a clever knack with poetry, being at his best when some event called for occasional verse. The alma mater song of Catholic University was his and so were the exceptional verses which marked the dedication of the new St. John's church here after the fire."