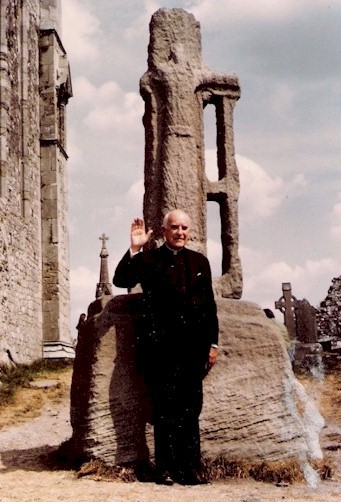 Magner was a man of eclectic tastes and hobbies, including photography, travel, and music.

Born in Illinois in 1901, Magner attended elementary and secondary schools in his native Wilmington and in Prairie de Chien, Wisconsin. Afterwards, he entered Saint Mary of the Lake Seminary in Mundelein, Illinois. Ordained in 1926, he pursued graduate studies in Rome at the Urban College of the Propaganda Fidei and the Academy of Saint Thomas Aquinas, and was awarded doctorates in theology and philosophy. In 1929, he returned to Chicago and taught English and Literature at the Quigley Preparatory Seminary and was a contributor to Extension Magazine and the Catholic Historical Review.

In both Chicago and Washington he founded and directed the Charles Carroll Forums. Magner authored several books and articles and conducted many overseas tours. In 1940, Magner was appointed to The Catholic University of America where he served in various capacities including Assistant Secretary Treasurer, Director of the University Press, and Vice Rector for Business and Finance. In addition, he was a founder of the Institute for Ibero-American Studies at CUA and an occasional lecturer until his retirement in 1968. He spent the remaining years of his life in Palm Beach where he served as a visiting priest in local parishes and remained a member of the CUA Board of Trustees. In 1952 he was awarded the title Knight Commander of the Order of Isobel la Catolica by the Spanish government and in 1957 the Vatican created him a Domestic Prelate with the title of Monsignor.