The Church had old roots in the United States of America. Catholic churches were already well-established in St. Augustine, Florida and Santa Fe, New Mexico years before the Pilgrims waded ashore at Plymouth in 1620. Just fourteen years after the Pilgrims landed, Jesuit Father Andrew White led the infant colony of Maryland in thanksgiving at a mass on St. Clement's Island in Chesapeake Bay.

But if the church in America had old roots, the vast majority of Catholics in the nineteenth century were newcomers, immigrants. The Irish and the Germans came in the first immigrant wave in the 1840s and 1850s and continued to arrive by the tens of thousands through the rest of the century. (Indeed, German immigration did not peak until the 1880s.) By the 1880s and 1890s, Catholic immigrants began arriving in the United States in ever increasing numbers from French Canada to the north, from Poland, Italy, Slovakia, and Slovenia and elsewhere in southern and eastern Europe, and even from Syria and Lebanon in Asia. For these people, as for the Irish and the Germans, the Church was often an ethnic church, tightly intertwined with language and rituals rooted in the centuries old traditions of the old country. Here in America this ethnic Catholicism reassured immigrants confronting a bewildering and seemingly chaotic new urban and industrial society. Ethnic parishes carved the huge, monumental and intimidating city into villages and gave immigrants a sense of community and stability in a world that seemed to be ceaselessly
changing.

Catholicism's diversity extended beyond the variety of European immigrants, however. Pushed to the edges of society by racist discrimination were groups like African Americans, Native Americans and Latino Americans. The Catholic proportions of each of these groups varied at the turn of the century: almost all of the Latino Americans were Catholic; perhaps a quarter to a third of the Native Americans were; and 5% but a growing proportion of African Americans. Most members of these groups were longtime Americans, not recent newcomers. In the face of indifference and hostility they stubbornly sought to preserve their Catholic communities and traditions and make a place for themselves in the Church. 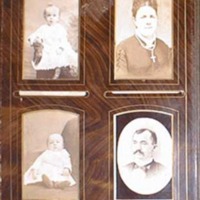 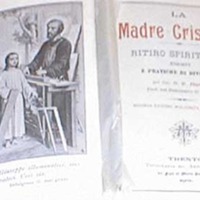 ← A Diverse Church
Next Page: