American Catholic History Classroom > Exhibits > Turning Toward a New Century: The Catholic Church's Encounter with American Culture at the Turn of the Century > A Diverse Church > Irish Immigrants 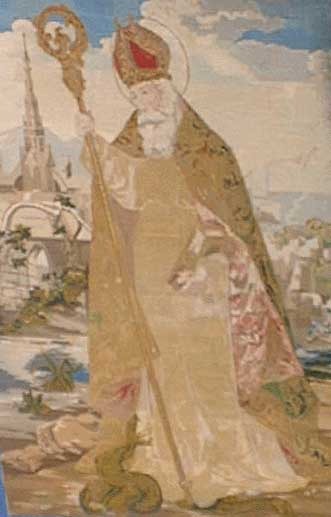 Irish Catholic immigration to the United States stretches back to the very first colonial settlements of the seventeenth century. It was only in the 1820s and 1830s that Catholics became a majority of the immigrants fleeing Ireland, and only in the 1840s, uprooted by the Great Famine, that Catholics fled Ireland for America in massive numbers. Between 1820 and 1900, almost four million Irish - the vast majority being Catholics - came to the United States. Irish immigration would continue through out the nineteenth and twentieth centuries but as a river or a steady swarm, never again a flood.

Irish Catholics were fiercely loyal to their faith, a loyalty born and tested in centuries of religious warfare with Protestant England. Yet the Catholic church in Ireland was weak and poorly organized and disciplined until the middle of the nineteenth century. Only a small minority of Irish Catholics attended Sunday Mass regularly in the poorer western parts of the island, if for no other reason than there were too few priests to say the masses or chapels in which to hold them. Catholicism in such remote areas was still largely a peasant, folk religion until the famine or even later. In the middle of the nineteenth century, however, a "devotional revolution," a religious revival, swept Ireland. New churches appeared, sodalities mushroomed, men and women flocked to the religious life, mass attendance and practice of the sacraments rose dramatically, and devotions multiplied. Some say this revival was a response to a crisis of cultural identity as the Famine washed away much of the remains of the old Gaelic culture. Others suggest that the new economy, requiring greater discipline, nurtured the religious revival. Though new devotions encouraged by Rome became widely popular, Irish Catholicism retained a fierce nationalist streak even after the religious revival. The Irish, therefore, remained devoted to the island's longtime patrons, Saints Bridget and Patrick.

Immigrants from Southern and Eastern Europe →