A New Leader in Rome 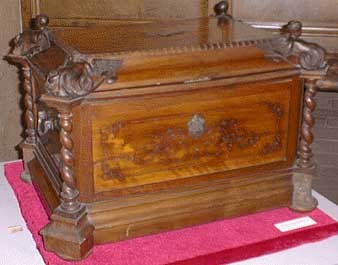 In 1878, in the midst of these changes in America, Pope Pius IX died and a new pope, Leo XIII, was elected. Born Gioacchino Vincenzo Pecci in 1810 in Carpineto, Italy, he was ordained in 1837, served as papal nuncio to Belgium and Archbishop of Perugia before becoming pope. He would reign until his death in 1903. Leo understood the need to speak to the problems caused by the emerging modern, industrial order, which was disrupting older, communal societies and creating new problems of poverty and dislocation. In 1891, he issued an encyclical, Rerum Novarum, applying Catholic principles to the emerging industrial economy, rejecting both socialism and unrestrained capitalism in turn, and suggesting Catholic solutions to the questions raised by industrial development. Leo, however, also vigorously promoted a revival of the Thomist tradition of Catholic philosophy.

← A New Leader in Rome
Next Page:

Popularity of the Pope →