The Catholic University of America opened its doors in November of 1889, in the midst of a critical phase of the Catholic Church's ongoing encounter with American culture. Bishop John Lancaster Spalding of Peoria was one of the first, and perhaps the foremost, advocate of a Catholic University in America. In 1884 he predicted that it could become a rich merger of American energy and Catholic wisdom, where Catholic youth would become "intimately conscious of the truth of their religion and the genius of their country."

Spalding, Archbishop James Gibbons of Baltimore, Bishop John Ireland of St. Paul, and Bishop John J. Keane of Richmond (later the University's first Rector) were all strong supporters of the University project. They helped secure a resolution in its behalf from the Third Plenary Council of American bishops in 1884 and a Pontifical Charter from Pope Leo XIII in 1887. The Pope predicted, then, that the University would "provide the church with worthy ministers for the salvation of souls...[and] give the Republic her best citizens."

The new University's faculty would become vitally involved in the Church's encounter with American culture, particularly the 'social question' of industrial conflict. Rev. Thomas Bouquillon and Monsignor William Kerby, professors at the school in its early years, would begin a tradition of interests in that question at Catholic University that would later be carried on by Monsignor John A. Ryan, Bishop Francis Haas, Monsignor Paul H. Furfey, and Monsignor George Higgins. 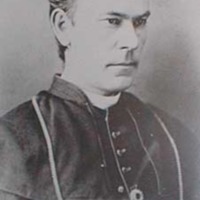 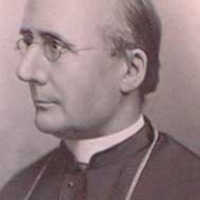 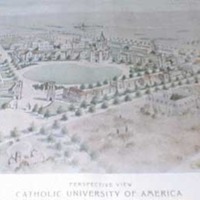 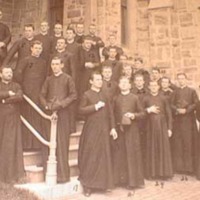 ← Founding of Catholic University
Next Page: