American Catholic History Classroom > Exhibits > Turning Toward a New Century: The Catholic Church's Encounter with American Culture at the Turn of the Century > A Diverse Church > Immigrants from Southern and Eastern Europe

Immigrants from Southern and Eastern Europe 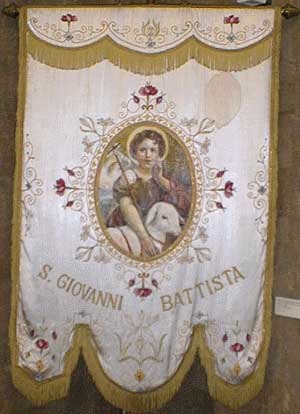 In the 1880s and early 1890s, as Irish and German immigration began to slow, Italians, Poles, Slovaks and other immigrants from southern and eastern European countries began to arrive in the United States in greater numbers. This immigration would not peak until the first few decades of the twentieth century, but already by 1900, there were almost a half million Italians and 400,000 Poles in America.

Religious traditions and customs varied widely among these immigrant groups. Many immigrants from southern Italy had resented the Catholic clergy at home whom they suspected of being in league with oppressive landowners and brought their suspicions of the institutional church to America. Nevertheless, they developed a rich religious life of local societies, community feast day celebrations and family and personal devotions in tight knit urban neighborhoods like the North End of Boston, Italian Harlem in New York, south Philadelphia and parts of New Orleans. In Poland, on the other hand, Catholicism and nationalism had been merged in the fire of persecution from non-Catholic Russian or Prussian conquerors. Polish immigrants supported huge parish complexes of churches, schools, sodalities, associations and clubs, such as St. Stanislaus Kostka in Chicago and Sacred Heart in New Britain, Connecticut. They too had a fierce devotion to saints like Stanislaus, and to Our Lady of Czestochowa.