American Catholic History Classroom > Exhibits > Turning Toward a New Century: The Catholic Church's Encounter with American Culture at the Turn of the Century > A New Leader in Rome > Popularity of the Pope

Popularity of the Pope 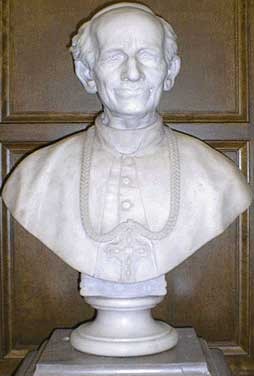 The same advances in printing, lithography and communications that helped Catholics around the world participate in devotions also helped them learn more about the church, especially the pope. Leo XIII may have been the first pope of a new media age, more widely known and broadly popular in his own time than any of his predecessors. Such popularity was demonstrated in odd ways (much as it is today in t-shirts, coffee mugs and buttons bearing John Paul II's image or words).

← A New Leader in Rome
Next Page: