American Catholic History Classroom > Exhibits > Turning Toward a New Century: The Catholic Church's Encounter with American Culture at the Turn of the Century > Issues in the Encounter > The Social Question: Knights of Labor and the Church

The Social Question: Knights of Labor and the Church 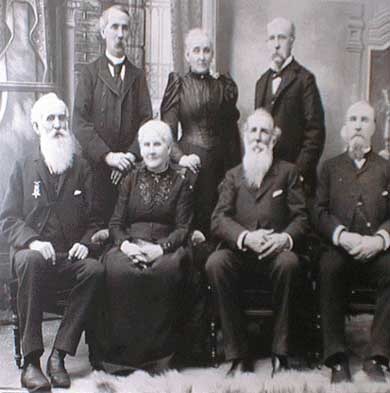 American industry changed the way it did business in the late nineteenth century, cutting costs by tightening management, lowering wages, introducing new technologies, and replacing skilled artisans with unskilled machine tenders. It was a "second industrial revolution." American workers refused to buckle to the new regimen and responded with a wave of strikes unparalleled in American history. Some historians call this age of labor turmoil, the "Great Upheaval." It began with the great railroad strike of 1877 and from the late 1870s to the early 1890s the number of strikes in the United States rose from a few hundred to nearly 2,000. In 1894 the labor revolt climaxed in the Pullman Strike.

In the midst of this labor rising, the Knights of Labor, led by Terence V. Powderly, a second generation Irish Catholic, emerged as the nation's most powerful union. By the spring and summer of 1886, the Knights boasted over 600,000 members and were the most powerful labor force in American history to that date.

Catholic bishops in the late nineteenth century were wary of the Knights and, indeed, all labor unions. They worried that many unions had cult like, secret oaths and rituals, that they might be susceptible to communist or radical influences, and that they mixed Catholics and Protestants together, exposing the former to the heresy of the latter. In 1884, the Archbishop of Quebec, Eleazar Taschereau, condemned the Knights of Labor because of their secret passwords and rituals and potential radicalism. In the United States few bishops were willing to do so, however, and the church's judgement of the Knights remained unresolved. The only bishop in the United States to follow Taschereau's lead and condemn the union was Bishop James Healy of Maine. Though the son of an Irish immigrant father and an African American slave mother, Healy was a cautious and conservative prelate, and near enough to Taschereau in neighboring Quebec to feel his influence. As the Knights grew in numbers and power and Catholics flocked to it (some observers at that time estimated that one half to two thirds of the Knights were Catholic) the pressure rose to resolve the issue of the union's standing with the church. In 1886 the Archbishops of the United States voted nine to two not to condemn the Knights. Yet since the vote was not unanimous the issue had to be referred to the Vatican. Archbishop Gibbons, going to Rome to receive his red hat as cardinal, argued the Knights' cause there. Gibbons combined practical points about the possibility of embittering millions of workers and thus provoking "dangerous losses to the church," condemnations of the "tyranny with which many very rich corporations...inhumanly oppress the poor," and assertions of workingmen's rights to organize - "We should not condemn labor and let capital go free" - in his appeal to the Pope. The Vatican agreed not to condemn the Knights as long as they remained free of communist or socialist ideas. Four years later, moved by this and other events in an emerging industrial war, and echoing some of Gibbons arguments in behalf of the Knights, Pope Leo XIII issued his great encyclical on economic issues called 'Rerum Novarum'.

← Relations with non Catholics: The Chicago Fair and the World Parliament of Religions
Next Page: