Fritz Eichenberg (1901-1990) was an artist, printmaker, teacher, author, and social activist. He was born in Germany in 1901. Eichenberg began as an illustrator, working in Berlin for many years before leaving an increasingly Nazi-controlled Germany to settle in the United States. It was in the United States that Eichenberg began his teaching career. He also soon returned to illustrating multiple formats including major literary works such as Shakespeare. He later became acquainted with Catholic social justice activist Dorothy Day and began illustrating religious images for Day’s newspaper The Catholic Worker. Eichenberg became a Quaker in 1940.

Resource Cited:
Journal of the Fellowship of Quakers in the Arts, Issue #18, Summer 2000
http://www.quaker.org/fqa/types/t18-hammond.html 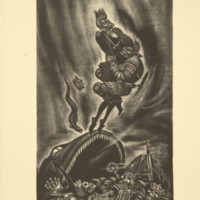 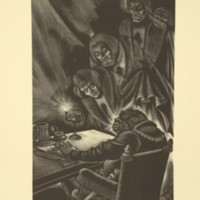 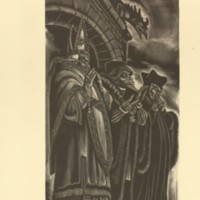 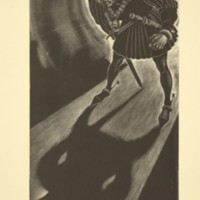