Elizabeth Sawyer Norton (1887-1985) was born in Chicago and studied at the Art Institute of Chicago, followed with work at the National Academy of Design, Art Students League. She eventually settled in Palo Alto, California in 1919. Norton was not only a skilled printmaker, but a sculptor and painter, as well. Some of her professional memberships included the California Society of Etchers, the Pacific Art League of Palo Alto, and the American Federation of Arts.

Falk, Peter Hastings, Who Was Who in American Art, 1985 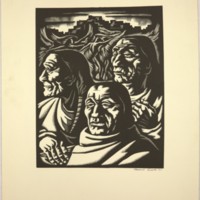 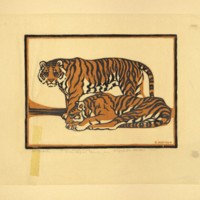